For all of you who have followed and read the Midsouth Sentinel I thank you. I have changed the title to Redpill Sentinel in an effort to switch gears and delve into more hands on journalism and doing more to preserve this Republic.

Once upon a time in our history there was a dedicated ragtag bunch of patriots who pledged together their lives, their fortunes, and their sacred honor. They fought a war because they wanted to live free....or die. They fought a war for us.....as John Adams said to Abigail in a letter from April 1777...

"Posterity! You will never know, how much it cost the present Generation, to preserve your Freedom! I hope you will make a good Use of it. If you do not, I shall repent in Heaven, that I ever took half the Pains to preserve it."

I don't know about you but I don't want John Adams repenting in Heaven that he ever took half the pains to preserve my freedoms.

"You cannot be, I know, nor do I wish to see you an inactive Spectator"

Summer soldier, sunshine patriot, inactive spectator....we need fewer of these and more of the sentries, pamphleteers, and active spectators that somehow inspired a revolution through their actions and their words. Media during the revolution was decentralized and uncontrollable.....media in the modern age is similar only someone with a social media account that has a decent amount of followers is like a pamphleteer on steroids which is why the elites are desperately trying to censor and and get control of the internet.

We already have the form of government they fought and died for, we only need reclaim it.

The Battle of Concord was about the British coming to take our guns. Patriots gathered at the Old North Bridge to make sure this didn't happen with the shot heard round the world. Everything old is new again and here we are in a similar position with the left scheming at every turn to undo the 2nd Amendment.

Benjamin Franklin told one Mrs. Powell on the steps of the Constitutional Convention that he had given us a Republic madam....if you can keep it. The key word being if YOU can keep it. So let's go out there and KEEP it!

Be the media....because the media won't ....we are framing the debates...and for the moment...there's nothing they can do about it.....

Your friend and fellow patriot, 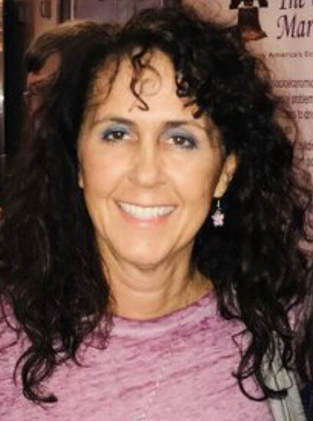